Tullow Oil plc (Tullow) issues the following Trading Update for the period 24 July to 13 November 2019.
Back to Press releases 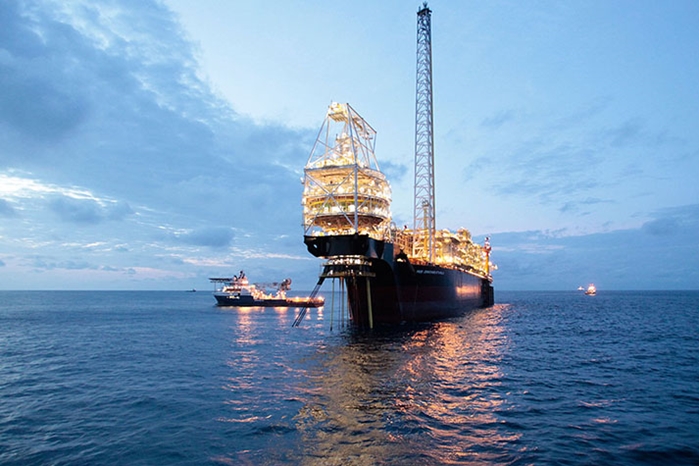 The Group will publish a Trading Statement and Operational Update on 15 January 2020 and Full Year Results for 2019 will be announced on 12 February 2020.

“Tullow expects to deliver robust free cash flow for the full year. This has been supported by our continued disciplined capital investment and underlines our commitment to further reduce our debt and pay returns to shareholders. Since the Group's last update, Tullow announced two oil discoveries in Guyana at Jethro and Joe, and recent analysis has shown that at these locations we have encountered heavy oil. We remain confident in the broader light oil potential of the Orinduik and Kanuku blocks located in this prolific oil basin. The first ever cargo of East African oil from Mombasa in August was an important milestone for Project Oil Kenya and we continue to make good progress with FID targeted in the second half of 2020. In West Africa, our non-operated assets continue to perform well. However, Ghana production has not met our expectations this year and we are working closely with our Joint Venture Partners to ensure that both fields perform to their potential.”

CLICK HERE TO READ THE FULL STATEMENT AND GUIDANCE

Full year 2019 Group oil production, including production-equivalent insurance payments, is forecast to average around
87,000 bopd. This is slightly below guidance primarily due to Ghana production performance as detailed below. Gas sales from TEN are expected to average around 125 boepd for the full year.

Tullow continues to carry out its infill drilling programme across the Jubilee and TEN fields using the Maersk Venturer rig. As reported in Tullow’s 2019 Half Year Results, the En14-P production well at TEN was suspended in July. Consequently, the completion of the paired water injector well, En16-WI, was also postponed. The rig then moved to Jubilee and has successfully completed one production well and drilled one water injection well. This will be followed by the completion of the water injector and a well workover.

Tullow expects to continue to use the Maersk Venturer rig across both the TEN and Jubilee fields in 2020. The well programme is being developed with the Joint Venture Partners and will be finalised by the end of the year.

At Jubilee, gross full year 2019 production is forecast to be around 89,000 bopd (c.31,500 bopd net). The lower than forecast full year outcome is predominantly due to topside issues which have constrained water injection and gas handling. Water injection will be returned to full capacity by the end of November and enhancements to the gas handling system are planned for early 2020 to increase gas throughput capacity which will reduce gas management constraints. Production-equivalent insurance payments ended in May 2019 and, following a final reconciliation, the average for the full year is 2,000 bopd net.

At TEN, gross full year 2019 production is forecast to be around 62,000 bopd (c.29,000 bopd net). During 2019, production has been impacted by the suspension of the EN14-P well and therefore production has drawn on fewer wells than planned. TEN associated gas sales are forecast to average around 125 boepd for the full year.

Gas export from both fields has been limited in 2019 due to low demand from the Ghana National Petroleum Company (GNPC). Discussions on increasing gas offtake are ongoing with GNPC with an increase anticipated towards year end. Sustaining increased levels of gas offtake will reduce the amount of gas being reinjected into the fields, improving oil production over time.

Tullow and its Joint Venture Partners in Ghana continue to assess the appropriate investment programme in 2020 to improve the performance of the fields and their facilities. This includes re-assessing both the infill drilling programme and future development plans to ensure that the significant remaining reserves and resources at Jubilee and TEN are produced in the most cost-effective and efficient manner in 2020 and beyond. Guidance for 2020 will be provided in Tullow’s Trading Statement and Operational Update in January 2020.

The West Africa non-operated portfolio has continued to perform strongly and production from the fields in Gabon, Côte d’Ivoire and Equatorial Guinea is forecast to average around 25,000 bopd net in 2019. During the year, production from Gabon has been particularly strong, with the Simba and Ruche fields performing ahead of expectations.

Decommissioning in the UK North Sea continues to progress as planned. At Tullow’s operated licences, final equipment removal and seabed clearance activities continue and are expected to be completed around the middle of 2020. In Mauritania, the decommissioning programme for the wells in the Chinguetti field is due to commence by the end of 2019.

On 26 August 2019, East Africa’s first ever export of oil, a cargo of 240,000 barrels, was flagged off from the port of Mombasa by HE Uhuru Kenyatta, the President of Kenya. This was the first lifting of oil from the Early Oil Pilot Scheme (EOPS) to the international market. The EOPS production of 2,000 bopd continues with oil being transported by road from Lokichar to Mombasa.

Following the signing of the commercial Heads of Terms with the Government of Kenya in June 2019, Project Oil Kenya continues to make good progress. The upstream and midstream Engineering, Procurement and Construction (EPC) tenders are expected to be issued to the market by the end of 2019. Well tender activities are on track, with bids received and evaluations ongoing. The midstream Environmental and Social Impact Assessment (ESIA) has been submitted to the National Environment Management Authority (NEMA) with approval expected in the first quarter of 2020. Consultations for the upstream ESIA are ongoing, ahead of the ESIA being shared with NEMA before the end of the year.

The Government of Kenya continues to provide strong support on land acquisition, and the National Lands Commission has now completed over 75 percent of the midstream land surveys and valuations. This work is now complete in four out of six counties affected. A draft framework agreement for use of water from the Turkwel Dam has been prepared and is currently being negotiated.

The Joint Venture Partners and the Government of Kenya are set to commence discussions with prospective lenders for the project financing of the export pipeline that will run from Turkana to the new Lamu Port at Manda Bay.

The FID for Project Oil Kenya continues to be targeted in the second half of 2020.

In August 2019, Tullow announced that its farm-down to Total and CNOOC lapsed following the expiry of the Sale and Purchase Agreements (SPAs). The expiry of this transaction was a result of being unable to agree all aspects of the tax treatment of the transaction with the Government of Uganda which was a condition precedent to completing the SPAs. While Tullow’s capital gains tax position had been agreed, as announced in the Group’s 2018 Full Year Results, the Ugandan Revenue Authority and the Joint Venture Partners could not agree on the transfer of capital allowances related to the consideration to be paid by Total and CNOOC as buyers. Since the deal lapsed, Total has also suspended work on the East Africa Crude Oil Pipeline (EACOP) project.

Tullow retains a 33.33% stake in the Lake Albert project which has over 1.7 billion barrels of discovered recoverable resources and is expected to produce over 230,000 bopd at peak production. The Joint Venture Partners remain supportive of the development and conversations with the Government of Uganda are ongoing. Tullow remains committed to reducing its equity stake in the project ahead of FID and when appropriate will initiate a new sales process to achieve this.

Following the completion of well operations, oil samples were sent for laboratory analysis and results indicate that the oils recovered from both Jethro-1 and Joe-1 are heavy crudes, with high sulphur content. Tullow and the Joint Venture Partners are assessing the commercial viability of these discoveries considering the quality of the oil, alongside the high-quality reservoir sands and strong overpressure.

The discoveries have proven two different oil plays in this highly prolific basin, and Tullow remains confident of the potential across the multiple prospects in both the Cretaceous and Tertiary throughout the large Orinduik and Kanuku blocks. While the results from the Jethro and Joe wells in the far north of our acreage continue to be evaluated, the petroleum system models are being updated in pursuit of additional prospects and lighter oil in the area and, together with the Carapa well result, these will inform the 2020 drilling campaign.

The Carapa well in the non-operated Kanuku licence, which is targeting the Cretaceous play is currently drilling. The well started at the end of October, with results expected before the year-end.

Elsewhere in South America, Tullow has been formally awarded its Argentina licences for a 100% operated stake in Block MLO-122 and 40% operated stakes in Blocks MLO-114 and MLO-119. Tullow is currently reprocessing previously acquired seismic data, with a plan in preparation to commence a new 3D survey covering approximately 10,000 sq km over Blocks MLO-114 and
MLO-119.

Preparations continue for the non-operated Marina-1 well to be drilled in Block Z-38 in Peru in the first quarter of 2020. The Marina prospect is located in 350 metres of water and will be the first well to target the deep water plays in the Tumbes Basin. In Suriname, Tullow is close to finalising the submission of an ESIA with the drilling of the Goliathberg North prospect planned for the second half of 2020.

Tullow has completed a 3,000 sq km 3D seismic survey over its three blocks in the Comoros. The data from the survey will be evaluated ahead of deciding next steps in this exciting frontier region. In Côte d’Ivoire, Tullow plans to commence a 2D seismic survey across its substantial onshore acreage position around the end of the year, following a programme of local stakeholder engagement and regulatory approvals. In Namibia, Tullow completed the acquisition of a 56% operated interest in offshore Block 2813B from Calima Energy. Prospectivity includes a Cretaceous turbidite play which is expected to be calibrated by industry drilling in the area next year.

Full year free cash flow is forecast to be around $350 million, subject to year-end working capital movements. Free cash flow generation has been adversely affected by lower production, and by lower oil prices for much of the second half of the year.

Despite lower than forecast free cash flow, the Group continues to focus on debt reduction, and net debt at the end of 2019 is expected to be around $2.8 billion (from $3.1 billion at the beginning of the year). Gearing is expected to increase marginally to approximately 2.0x (from 1.9x at the beginning of the year), reflecting lower EBITDAX. The Group retains liquidity headroom and free cash in excess of $1 billion.

Capital expenditure for the year is expected to be approximately $540 million, including approximately $35 million for Tullow’s 33.3% share of the Lake Albert Development in Uganda.