Tullow works to restore land to its former state in Turkana.
Back to Case studies 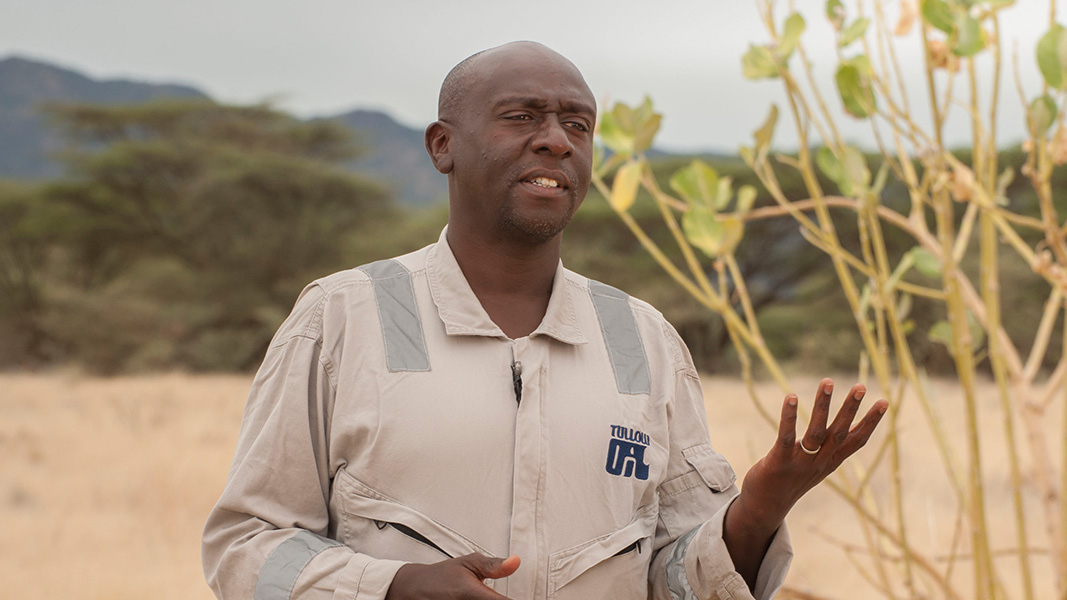 Tullow works to restore land to its former state in Turkana.

Tullow is working to restore a previous well site in Turkana to its former state. The site in Emong has undergone ‘plug and abandon’. The drilled hole has been plugged with cement, all equipment has been removed from the site, and the EHS team have now commenced work to restore the land by planting indigenous trees in the area.

Our mandate is to ensure we meet the company’s objective to restore the environment to the same or better state that it was in before Tullow began operations, and also to make sure we are compliant with national and county laws and regulations.

Tullow’s EHS team have been involved with the site at Emong since the subsurface team identified a possible drill site and commenced drilling in early 2014. The team studied the environmental and social footprint of the area and recorded information such as who the local residents were, the terrain and vegetation of the natural environment, and trees of particular interest. They also worked with a team of biologists to determine if there were any endangered species in the location. If a species had been identified that was fully dependent on the environment for survival, the whole operation would have been abandoned.

To begin the process of restoring the land, Tullow engaged a local community-based organisation, Apei, who are based in Lokichar Town and primarily plant trees for sale. Working together to study the area, Tullow and Apei developed a plan to plant 400 indigenous trees including Ebei, Edome, Etiir, Ewoi, Ekalale, Emayan, Edapal and Ekunoit, and appointed local people to plant the trees. By using the two metre by two metre spacing method, this was enough to cover the 10 acre Emong site.

For the pastoralist Turkana community, trees are an integral part of the environment. Not only do they provide food and shade for their livestock, they are also a source of firewood. There is also another major benefit. When there is drought, the Ewoi tree produces nuts that are ground by the community into flour. They use it to make ugali. The nuts are referred to as Ng’itet.

The restoration programme will be replicated in other former sites and four locations have been identified - Ekosowan, Etiir, Agete Two and Ekales Three. Work will commence in 2019 and Tullow will continue the partnership with Apei to restore the sites. Once the areas are fully restored, people are free to move in and graze their livestock.

Tullow does not draw any financial benefits from restorations, as Peter Muriuki explains, “Our aim is to purely stick to our environmental commitment by restoring former well sites to the way we found them.”

The original article was written for Ustawi, Tullow’s community magazine for Project Oil Kenya. More information can be found in the current issue of Ustawi – here.