Decommisioning activities in the Chinguetti, Banda and Tiof fields.
Back to Africa

In Mauritania, Tullow is conducting decommissioning activities in the Chinguetti, Banda and Tiof fields.

Production from the Chinguetti oil field ceased in 2017 and an abandonment programme commenced in 2019.

About Tullow’s decommissioning and abandonment operations in Mauritania 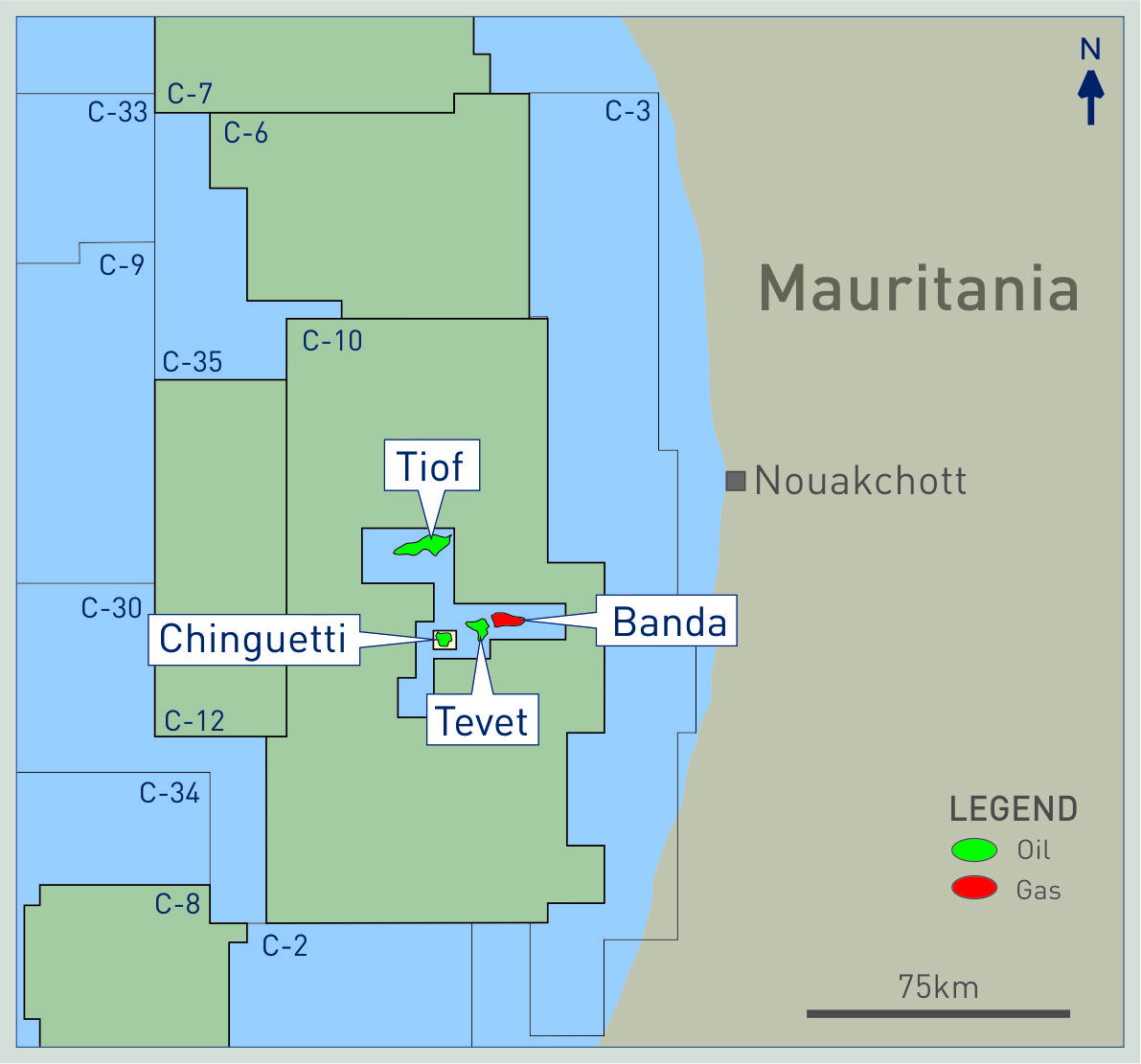 The support for Tullow’s project to plug and abandon (P&A) up to seven subsea wells in the Banda and Tiof fields offshore Mauritania will be outsourced to an Integrated Wells Management Services contractor (IWMS). Their scope of work will include the execution of the P&A activities.

The Banda and Tiof fields are located approximately 53km and 84km respectively WSW of Nouakchott, Mauritania. The fields were discovered by Woodside Energy Ltd and the Banda field was subsequently appraised by Petronas Mauritania Ltd.

Banda and Tiof are in the PSC-A and PSC-B licence areas respectively and are now operated by Tullow Petroleum Mauritania Pty Ltd. (TPMPL) and Tullow Chinguetti Production Pty Ltd. (TCPPL).  The Banda and Tiof fields are two oil and gas accumulations offshore Mauritania in water depths from 200m to 1,200m.  Despite being extensively appraised during the 2000s, neither field is commercially viable and so it will be necessary to P&A each of the suspended exploration and appraisal (E&A) wells. None of the wells were completed for production and there is no subsea production infrastructure on the seabed.

In 2016, a strategic decision was taken by the JV Partners (Tullow Oil, KUFPEC, Petronas and Premier Oil) to relinquish the PSC-A (Banda) and PSC-B (Tiof) exploration licences. The decision has initiated this project with the aim to fulfil its obligations to P&A all wells in accordance with NORSOK D-010, a technical standard used in Mauritania for the performance of such work.

The IWMS contractor shall commence with the planning and engineering in March 2020. During the early part of 2020 a general visual inspection of the fields will take place to provide input to the planning and engineering. Progress to commence the offshore P&A operations are dependent on the Government approval of the environmental impact assessments and abandonment plan.

Tullow ceased production from its non-operated Mauritanian assets at the end of December 2017. The decommissioning programme of the Chinguetti field commenced in 2018 with the flushing and cleaning of the producing infrastructure, the temporary well suspension of the wells and the demobilisation of the FPSO. The P&A operations of the 15 wells were scheduled to take place in 2020. Decommissioning of the Chinguetti field wells was suspended from March 2020 to January 2021, following the Government’s decision to close the borders due to COVID-19. Planning and engineering for the decommissioning in Tullow-operated licences at the Banda and Tiof fields is in progress with operations expected to commence in the fourth quarter of 2021, subject to Government approval. The overall Mauritania decommissioning programme is scheduled to complete in 2022.